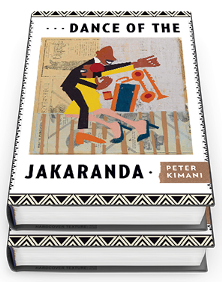 “This funny, perceptive and ambitious work of historical fiction by a Kenyan poet and novelist explores his country’s colonial past and its legacy through the stories of three men involved with the building of a railroad linking Lake Victoria and the Indian Ocean — what the Kikuyu called the ‘Iron Snake’ and the British called the ‘Lunatic Express.’”
—New York Times Book Review, (Editors’ Choice)

“Kimani has done a game job managing the carpentry of this ambitious novel, bringing great skill to the task of deploying multiple story lines, huge leaps back and forth in time and the withholding and distribution of information . . . Once Kimani has his plotlines all set, his writing relaxes, and it’s here that you can see his raw talent . . . I grew up in Kenya, and I have never read a novel about my own country that’s so funny, so perceptive, so subversive and so sly.”

DANCE OF THE JAKARANDA

Peter Kimani’s much-anticipated book, Dance of the Jakaranda, is a historical novel that re-imagines the rise and fall of colonialism in Kenya at the turn of the last century. But this could well be a story of globalization—not just for its riveting multiracial, multicultural cast—but also due to its diverse literary allusions, from Chekhovian comedy to Kafkasque caricatures, or magical realism popularised by Gabriel Garcia Marquez.

Yet, the novel is firmly anchored in the African oral storytelling tradition, drawing from the tap root of the cultures that inform the story. As renowned Kenyan broadcaster John Sibi-Okumu explains, he encountered 12 different accents when he read the audio book. 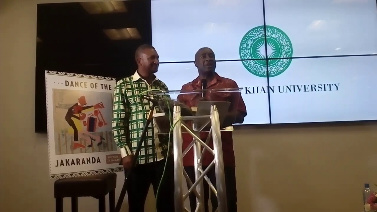 Peter Kimani’s debut novel, Dance of the Jakaranda, weaves together a multi-generational, multi-ethnic tale of the formation of modern Kenya, a riveting saga of railroads, revolt, and secret ties. Listen to a special, far-reaching conversation as Ngũgĩ and Kimani discuss their work, their homeland, and the myriad dimensions of African writing today.

Peter Kimani is an award-winning Kenyan author and journalist. He works in fiction, non-fiction, poetry and plays. His latest novel, Dance of the Jakaranda, is a New York Times Editors’ Choice.

Writing in the Times, critic Fiametta Rocco remarked: “I grew up in Kenya, and I have never read a novel about my own country that’s so funny, so perceptive, so subversive and so sly.” Read More...

Read an interview with Peter Kimani at Vol. 1 Brooklyn

Read an interview with Peter Kimani at Kenya Buzz.

Check out Peter Kimani’s interview with Africa Is a Country. 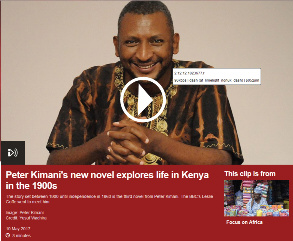 Listen to an interview with Peter Kimani at BBC Worldwide Focus on Africa. 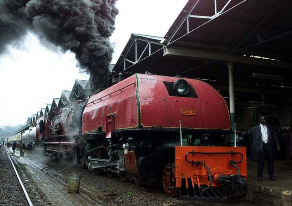 Read an interview with Peter Kimani at The Gazette. 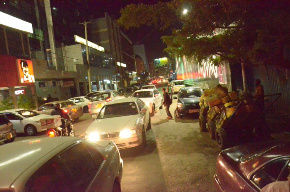 Read a guest post by Peter Kimani at Public Books.